PCC Lawyers hosted a Round Table discussion at the College of Law on 22nd October 2015.  This time, the subject was Handling Employee grievances.

Our panel of Solicitors, made up of Helen Carter, Lucienne Gleeson and Alecia Thompson discussed six employee scnarios that had been submitted in advance by clients and freinds of the firm.  They also fielded questions and discussion from a lively group of participants.  The scenarios are all listed below the video.

I have two direct reports, Georgie and Kat.  They are both team leaders in a retail environment.  They work opposite shifts sometimes, but most of the time they work together. They have slightly separate roles, but their work overlaps extensively.   As far as I was aware they are good friends.  They go out together socially when not working.  Whenever I am in the presence of both of them everything is fine.

I have tried a couple of times to ask them if they think they are contributing in any way, yet they each say they are acting totally appropriately and it is the other one that is the problem.   They are both threatening to leave unless something is done about the other.  I've tried raising it in a group, however whenever all three of us are together there is no evidence of a problem.   They seem to get along very well and deny that there is a problem.

What is the best approach to resolving this? 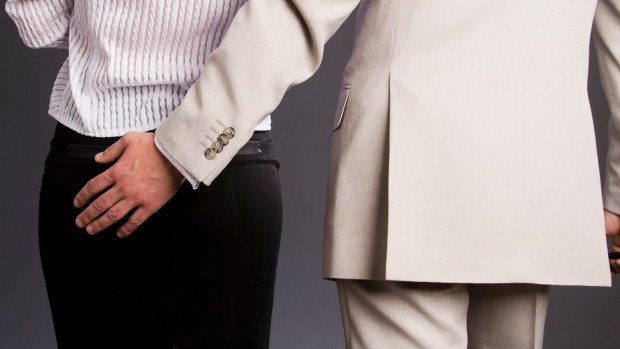 I am a director of a creative business. The layout and lighting of our workspace has been particularly designed to enhance our sense of wellbeing. We are a close knit team and have known and worked with each other for many years. One of my fellow directors jokes around a lot and is physically affectionate with all her staff. A new employee mentioned in their one month probationary review that the director’s conduct makes him nervous and is causing him stress 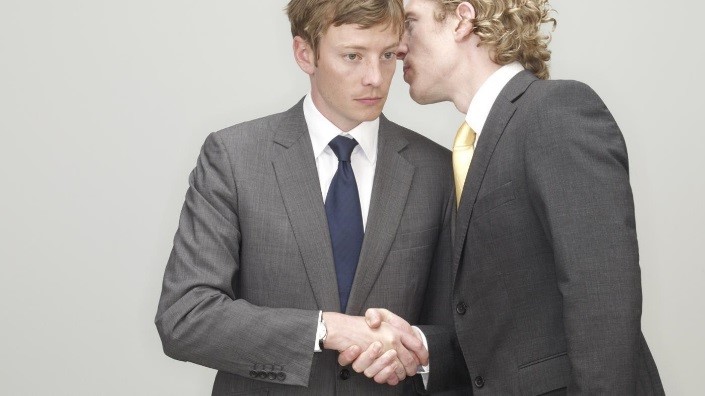 We have recently started an investigation into allegations that Simon, a senior manager, has been bullying and harassing staff members that report to him. The allegations have come from a number of people and the investigation will take a while to complete as it involves interviewing a number of witnesses. We recently found out from an employee who works close to Simon’s desk that he has been talking to other members of management about the investigation and was heard saying that the allegations are made up and that when the investigation is over, he will make sure he gets pay back for the complaints made against him. The employee also overhead Simon say that he is recording all of his interviews with investigators in case he needs ‘proof’ later down the track.

Jacob has been redeployed by our company after we were acquired by a larger organisation.

During the acquisition two senior managers from the new organisation sat down with Jacob and explained that as they were aware that he had excellent sales skills he would be redeployed from a marketing to a sales role.  Jacob agreed to the redeployment during this meeting.

Jacob has now formally complained to HR and the General Manager claiming that he has been made redundant.  He advises that he has been to the Fair Work Ombudsman and been advised that he should be compensated as a redundancy, and then invited to apply for a new role. \

We had a new employee who was young, straight out of uni and very full of new ideas.  He seemed really bright and with a big future. The difficulty was that he was very critical of his manager and other managers in general (often quite publicly). He also criticised the computer systems and our performance evaluation systems.

His own manager refused to work with him because he challenged in the team meeting the way the manager conducted the weekly meetings and did it publicly.  We tried to mediate but eventually realised it wasn’t going to work and let him go in his probationary period.

I wonder if any one has any suggestions as to how to manage a situation like this. We were sorry to lose him because he was quite promising in some ways but the interpersonal difficulties between him and the manager were overwhelming.

An employee complains to their manager about their colleague, Allan. The employee says that Allan has been acting erratically recently, including swearing at her and generally being abusive in language when they are working on tasks together. I am aware that Allan has bipolar and I am concerned that this may be the cause of the grievance.

How should I proceed and should I investigate the complaint?