Criminal records during recruitment and employment: 3 key tips for employers
By Jacob Reddie 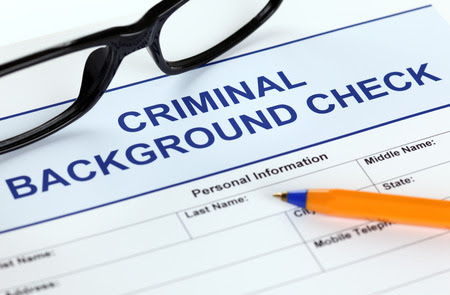 During the recruiting process
Employers, naturally, wish to protect their business by ensuring that their employees are appropriately experienced, qualified and are of good character. Therefore, criminal record checks have become increasingly common during the recruitment process. For instance, the number of criminal record checks in Victoria have increased by 6,000% since 1993.

However, employers may be in breach of anti-discrimination legislation if they refuse to hire someone because of their criminal record unless the criminal record is relevant to a person’s ability to perform the inherent requirements of the job. This will depend on the nature of the job, what sort of criminal offence was committed and will be determined on a case by case basis.

At the federal level, people who feel they have been discriminated against because of their criminal record can apply to the Australian Human Rights Commission (AHRC). Under sections 30-32 of the Australian Human Rights Commission Act 1986 (Cth), the AHRC has the power to investigate any claims of discrimination due to a person’s criminal record and can make recommendations. However, the AHRC is unable to enforce any of the recommendations that it makes to the employer regarding discrimination.

At the state level, Tasmania and the Northern Territory are the only states that have legislation making it unlawful to discriminate on the grounds of “irrelevant” criminal records. In other states and territories, discriminating against a prospective employee is not specifically prohibited by law. This means that, effectively, there may not be any consequences for most employers in Australia who discriminate on the basis of a criminal record during the recruitment process because they are either not covered by state-based anti-discrimination legislation or because the AHRC recommendations are not enforceable.

In any case, realistically, there is no legal mechanism to review an employer’s discretion to employ a particular person nor is there a requirement upon the employer to make a reasonable decision based only on relevant considerations. In other words, the employer has the choice to employ whoever they want. Even if the criminal record was the reason why an employee was considered inappropriate for the role, employers will often state that someone else was more qualified, more experienced, etc.

During employment
Employers faced with an employee charged or convicted with a criminal offence must tread more cautiously than during the recruitment process. Many employers would assume they can dismiss an employee who has plead guilty to a serious criminal offence or been convicted. However, criminal conviction alone is not a valid reason for dismissal, particularly when the criminal offence was committed outside of work, and unwary employers may find themselves before the Fair Work Commission facing an unfair dismissal application.

For instance, in the matter of Joseph Wakim v Bluestar Global Logistics [2016] FWC 6992, Mr Wakim was dismissed by his employer after pleading guilty to paedophilia. Mr Wakim appeared before the FWC via telephone from his prison cell arguing that he had been unfairly dismissed. Unsurprisingly, the dismissal was ultimately deemed fair. What may be somewhat surprising, is that Mr Wakim’s dismissal was fair, not because he had plead guilty to a child sex offence, but that the media coverage surrounding Mr Wakim’s criminal proceedings ensured Mr Wakim could not continue his duties without causing significant damage to the employer’s business and reputation.

A common situation where employers are able to take action against an employee because of a criminal charge or conviction is where it will affect the employee’s ability to undertake their role. An obvious example is where an employee is required to possess a valid driver’s licence and they are convicted of drink driving and lose their licence. In this situation, employers will likely have good grounds to terminate the employee.

Employers are also still required to provide procedural fairness to the employee if they are terminating because of a criminal charge or conviction. This means they have a right to respond to any allegations against them, the right to have a support person, etc. For instance, in the matter of James Deeth v Milly Hill Pty Ltd [2015] FWC 6422, Mr Deeth had been charged with accessory to murder after the fact and was released on bail. A director of the employer expressed concern regarding the reputational damage to the business and dismissed Mr Deeth immediately. The employer argued that the dismissal was valid because if Mr Deeth continued to work there, other employees would resign and customers would boycott the business. The FWC held that these were valid concerns, but that the dismissal was unfair because Mr Deeth had been denied procedural fairness because he was not given an opportunity to respond and was not notified directly about his dismissal.

Three key tips for employers
Whilst managing current or prospective employees with a criminal record or criminal charge can be difficult for employers, there are steps that can be taken to minimise legal risk.

Once disclosure has been made to the employer, they are then able to assess whether the conduct damages the relationship between employee and employer, damages the employer’s business interests or reputation or is incompatible with the employee performing their duties as an employee.

2. Apply policies consistently It is not uncommon for employees who have been disciplined or terminated because of their criminal charge or conviction to claim that the employer is unfairly targeting them. Employers should ensure they apply policies relating to the disclosure of criminal records fairly and consistently. That way, employers cannot be accused of applying the policies vindictively to target certain employees.

3. Procedural fairness All employees are entitled to procedural fairness in disciplinary proceedings, even those convicted of or pleading guilty to heinous crimes such as in the matter of Mr Wakim discussed previously. A good preliminary step for employers to take is to discuss the criminal charge or conviction with the employee to hear their side of the story. There may be additional circumstances that influence how the employer proceeds.

If after this discussion and considering all the information at hand, a preliminary view has been formed that the employee’s employment should be terminated, it is crucial that the employer informs the employee of this position and then allows the employee a right of reply. The employee’s response must be carefully considered by the employer before a decision is reached. Employees are also entitled to a support person being present at a disciplinary meeting.